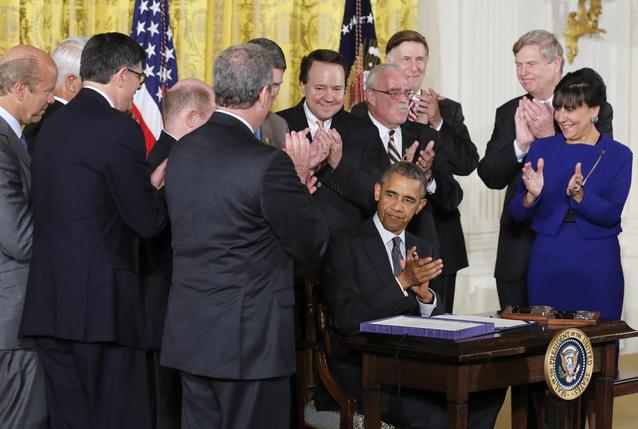 President Obama at the signing ceremony for the Trade Promotion Authority and Trade Preferences Extension legislation.

Earlier today, President Obama signed into law H.R. 1295, which renews GSP and refunds tariffs paid on eligible imports. GSP should enter into effect again on July 29 – almost 2 years to the day since it expired.

This has been a long and challenging period for American companies that rely on the GSP program. We know because we asked and you told us. Repeatedly. And you told your representatives as well, which helped lead to big bipartisan votes in both the Senate and House.

As we move forward, it will be critical to continue these education efforts. In contrast to the last 2 years, companies can talk about all the positive effects stemming from GSP reauthorization – from increasing sales to new investments to hiring (or rehiring) and rewarding workers. These anecdotes will be needed in the next fight to renew GSP. December 2017 will be here sooner than anyone imagines.

With Program Renewed, Here Are the Products that May Lose Benefits on October 1 in the GSP Annual Review